With this survey exhibition, the Kunstsammlung Nordrhein-Westfalen is paying tribute to the work of a remarkable and radically consistent artist of the post war period. In the 1960s, parallel with American Minimalism and the emerging Conceptual Art, Charlotte Posenenske (1930–1985) developed an impressive body of minimalist works within just twelve years, thus demonstrating her innovative understanding of art. Although the artist, who worked in Frankfurt am Main, exhibited during her lifetime together with artists such as Carl Andre, Donald Judd, and Sol LeWitt, and, in 1967, had an exhibition in the gallery of Konrad Fischer in Düsseldorf, which had opened only shortly before, her contribution to the discourse of Minimalism and Conceptual Art remained largely ignored for a long time.

The exhibition “Charlotte Posenenske: Work in Progress” now provides the most comprehensive overview of the artist’s individual work phases to date including her experimental paper and “Palette Knife Works” from the 1950s and early 1960s, her “Sculptural Pictures,” the reliefs of the “Series A”, “Series B”, and “Series C”, the modular square tubes made of galvanized sheet steel and corrugated cardboard of the “Series D” and “Series DW” (1967), and her last group of works, the revolving vanes of the “Series E” (1967–68). Her development from painting to performative works and installations in public spaces, which she consummated over a short period of time, can thus be impressively traced.

The exhibition, organized by the Dia Art Foundation in cooperation with the Kunstsammlung Nordrhein-Westfalen, has several venues with varying forms of presentation and highlights in terms of content. The presentation in Düsseldorf, for example, features the experimental work Monotonie ist schön (Monotony Is Nice, 1968), Posenenske’s only artistic examination of the moving image, based on Super 8 films. Two film contributions by Gerry Schum document the performative approach of her late works, which she also presented in public spaces. Insightful documents and letters from the artist’s archive, early stage and costume designs, manifesto like statements, photographs, and concepts for public art projects also paint the picture of a highly reflective artist who increasingly grappled with the social relevance of her art. The exhibition at K20 will therefore not only present Charlotte Posenenske as a pioneering protagonist of Minimalism and Conceptual Art, but will also convey the radically consistent, participatory approach of her late works and her associated social and socio political interest. In a conceptual radicalism that was still quite unusual for the late 1960s, Charlotte Posenenske opened up her art to its “consumers.” By selling her works unsigned, endlessly reproducible and at cost price, she also deliberately infiltrated the capitalist mechanisms of the art market.

At the Kunstsammlung Nordrhein-Westfalen, the works of Charlotte Posenenske are being presented in a single, open exhibition space, the Klee Halle in K20. Her artistic development can be traced by the hanging of the early paper and multi part relief works including nearly all the rare prototypes that still exist on the outer walls of the hall in a largely chronological manner. The expansive sculptural works of the “Series D” and “Series DW”, each in different combinations, together with the revolving vane objects of the last work group, the “Series E”, will structure the interior of the exhibition space, from which an exciting juxtaposition of the various, stringently interrelated work phases will develop. As a result of this open spatial structure, rhythmized solely by the works, visitors will be able to move freely through the exhibition situation in keeping with Charlotte Posenenske’s democratic understanding of her work. The works and constellations of works can thus be perceived from various spatial perspectives and, as in the case of a reconstructed version of the revolving vane objects, can be explored individually by visitors.

In order to demonstrate the many possible variations of the different modular combinations of the “Series D” and “Series DW”, a group of these works will be reconfigured during the course of the exhibition. In addition, an installation in the foyer of the Kunstsammlung, which bypasses the boundary between the interior and exterior of the museum, will demonstrate the irritating and thoroughly resistant potential of the works, which, for her part, Posenenske consciously presented at social interfaces, at public hubs.

Charlotte Posenenske was born in Wiesbaden in 1930. Her father was Jewish and killed himself in 1940 out of fear of the Nazis. She survived the last months of WWII in hiding. In the early 1950s, she studied under the painter Willi Baumeister at the Academy of Art in Stuttgart, after which she worked as a costume and stage designer for theaters in Lübeck and Darmstadt. Then in 1956, she took up painting again.

In 1965, Posenenske increasingly became interested in conceptual methods of working and of producing art. She made “Plastische Bilder” (Sculptural Pictures), which were three-dimensional, bent or folded sheets of paper or steel. She developed these further into sculptural modules, making their industrial mass production possible. Posenenske’s key works, which consist of the “Reliefs Serie A,” “B,” and “C” (Reliefs Series A, B, and C), the “Vierkantrohre Serie D” and “DW” (Square Tubes Series D and DW), and the “Drehflügel Serie E” (Revolving Vanes Series E), were created in only two years, between 1966 and 1968. In order to undermine the commercial mechanisms of the art market, she decided that the Series “B” to “E” were to be produced in an unlimited edition and sold at cost price.

Despite her imminent international breakthrough, Posenenske became increasingly unsure about the relevance of art for society. At the age of 38, she stopped working as an artist entirely and studied labor sociology instead, focusing on industrial labor and production conditions. She died 1985 in Frankfurt. 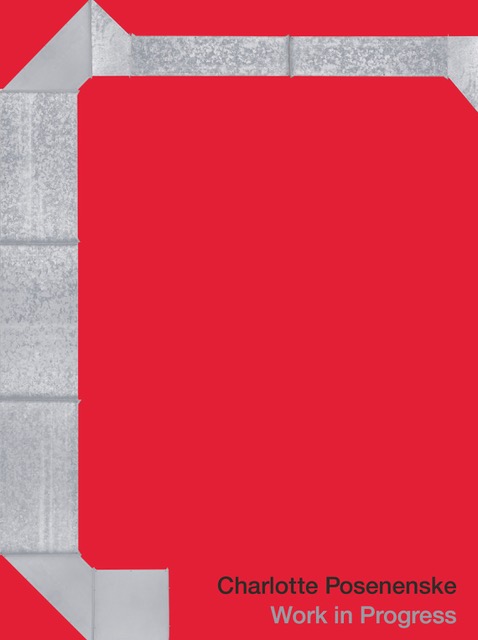