Susanne Gaensheimer is art historian, curator and museum director. Since September 1, 2017 she is the director of Kunstsammlung previously held positions as director of Westfälischer Kunstverein, Münster (1999−2001) and as Head of Collection of Modern and Contemporary Art and Curator at Lenbachhaus, Munich (2002−2008). For K20 and K21 she has realized exhibitions on Carmen Herrera, Maria Hassabi, Raqs Media Collective, Ai Weiwei, Banu Cennetoğlu, Edvard Munch and Pablo Picasso.

From 2009 to 2017 she was director of the Museum für Moderne Kunst, MMK in Frankfurt, where she curated shows on the work of Franz West, Hélio Oiticica (2013), Isa Genzken (2014) or Kader Attia (2016) amongst many others. 2011 and 2013 she curated the German Pavilion of the 54 and 55 Biennial of Venice, presenting Christoph Schlingensief (Golden Lion), and in 2013 Ai Weiwei, Romuald Karmakar, Santu Mofokeng and Dayanita Singh.

In 2014 she was responsible for the foundation of a second branch of MMK, the MMK 2. Susanne Gaensheimer teaches at Johann-Wolfgang-Goethe-University in Frankfurt, where she has been an honorary professor since 2016. She is editor of and contributor to numerous publications and exhibition catalogues.

History of the Kunstsammlung NRW

The Kunstsammlung Nordrhein-Westfalen was founded in 1961. It is the publicly funded state museum of North Rhine-Westphalia dedicated to modern art since the beginning of the twentieth century. The foundation of the collection is an extensive group of works by Paul Klee, which the state had acquired in 1960.

This acquisition was intended to pay tribute to the artist, who was persecuted by the National Socialists, dismissed in 1933 after barely three years of teaching at the Düsseldorf Academy of Art, and forced to emigrate. In the years following the founding of the Kunstsammlung Nordrhein-Westfalen, an internationally unique collection of paintings from the historical avant-gardes of the twentieth century was compiled. Key works by pioneering modernist artists such as Henri Matisse, Amedeo Modigliani, Pablo Picasso, Georges Braque, Max Beckmann, Ernst Ludwig Kirchner, Wassily Kandinsky, Piet Mondrian, and the European Surrealists, as well as important representatives of postwar modernism such as Mark Rothko, Kenneth Noland, Jackson Pollock, and Andy Warhol were acquired by the founding director, Werner Schmalenbach (tenure: 1962–1990) according to his subjective criteria of quality and uniqueness. They exemplarily represent the canon of a Western modernism, which had established itself in Europe after the Second World War.

For some years now, the Kunstsammlung has been undergoing a process under the guiding principle of “Rethinking the Museum,” in which the legacy of the collection is being honored; at the same time, the museum is being rethought in terms of polyphony, digitization, and sustainability. Since 2017, targeted acquisitions have expanded the collection to include both non-Western modernist positions and significant twentieth-century women artists, opening the exhibition and education program to groundbreaking international voices.

Today, paintings by Pablo Picasso enter into a dialogue with sculptures by Kader Attia at K20 on Grabbeplatz. Paintings by René Magritte, Max Ernst, and Salvador Dalí encounter Surrealist works by artists from the Arab region, such as Hassan El-Telmisani and Fouad Kamel. Newly acquired are works by pioneering female painters such as Etel Adnan, Helen Frankenthaler, Carmen Herrera, Paula Modersohn-Becker, and Lygia Pape. K21 in the Ständehaus features current developments in the field of international contemporary art and presents installations and multimedia works by Cao Fei, Isa Genzken, Zanele Muholi, Thomas Ruff, Tomás Saraceno, Hito Steyerl, Ai Weiwei, and many others. 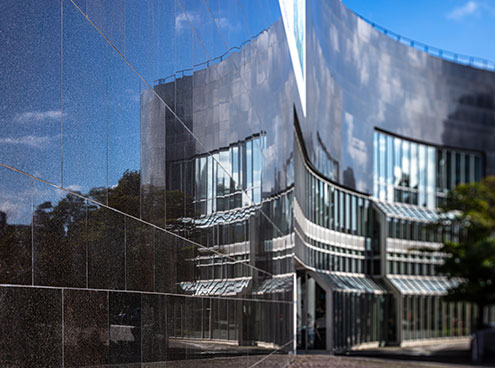 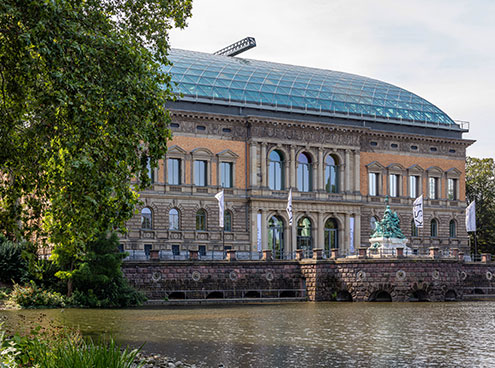